We assessed the impact of disturbance on the daily movement of two large threatened mammals, and examined the nuances of movement response to type and regeneration of disturbance across seasons.

Caribou and grizzly bears adjusted their movement in response to disturbances, but each species responded differently and in accordance with its seasonal ecology. Assessing the impacts of disturbance on threatened species across spatiotemporal scales and seasons provides useful insights for multi-species conservation strategies. 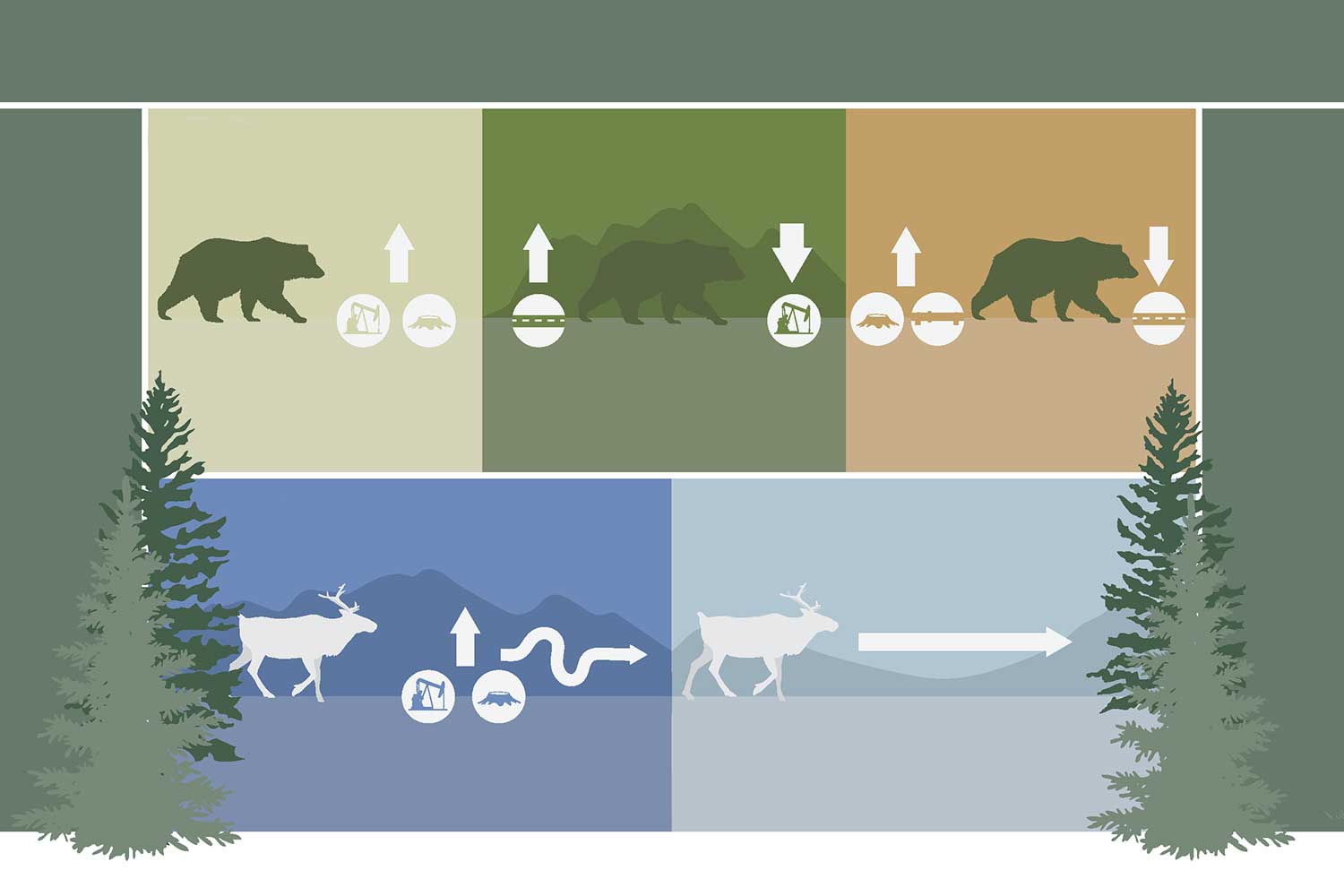 Summary of a Caribou Program paper.