The Grizzly Bear Program is not starting new research projects at this time. We are continuing to publish papers and maintain our long-term dataset and GIS tools for our academic, government, and industry partners.

The fRI Research Grizzly Bear Program was created in 1998 to provide knowledge and planning tools to land and resource managers to ensure the long-term conservation of grizzly bears in Alberta. Key to its efforts are sound scientific field research, practical results, and a large-scale or “landscape level” approach toward grizzly bear conservation.

The foundation of the program is a rich, long-term spatial dataset. We use detailed grizzly bear movement data obtained from grizzly bears captured and fitted with GPS collars to create resource selection function models that identify the probability of grizzly bear occurrence on the landscape. With these outputs we can then generate graph theory based grizzly bear movement corridor maps. When combined, these products represent the most important grizzly bear conservation tools available to land and resource managers who are faced with important decisions regarding land management in grizzly bear habitat.

The program’s original study area was located in west-central Alberta, south of Highway 16 with the Brazeau River as its southern boundary. The study area encompassed 10,000 km2. In 2003, the Grizzly Bear Program began expanding its study area and today has a suite of GIS tools seamlessly covering the entire grizzly bear range in Alberta.

Starting in 2004, we have worked with the Government of Alberta to systematically survey and re-survey Bear Management Areas to estimate grizzly bear populations over time. The effort culminated in 2018 when we conducted our final two surveys, including the first ever survey of the Swan Hills Area. This allowed the province to create a scientific estimate for Alberta.

We also study how habitat and landscape features are linked to grizzly bear presence, persistence and health. Working with scientists across Canada, the US, and Scandinavia, we have developed new methods for studying grizzly bear health, stress, fertility, body condition, and more based on tissue samples collected during live capture, as well as through non-invasive methods such as hair collection.

This DNA mark-recapture study uses hair snags to conduct the first ever estimate of the population of grizzly bears in BMA 7.

This DNA mark-recapture study uses hair snags to conduct the first repeat estimate of the population of grizzly bears in BMA 4.

The Co-existence of a Threatened Population of Grizzly Bears with Quarry Mining in Alberta, Canada

This project will work with local high school students and quarry workers to determine grizzly bear use of the quarry site. 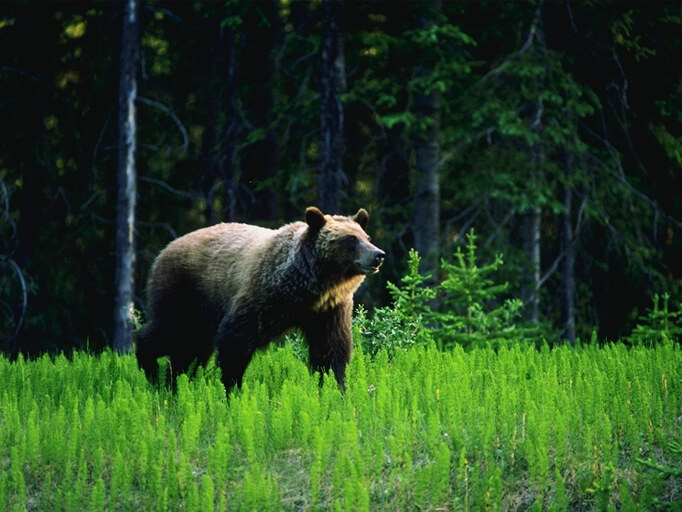 Linkages between forestry practices, ungulate abundance, and the habitat use and performance of grizzly bear in and adjacent to woodland caribou habitat

This project will improve our understanding of how forestry practice is affecting ungulates and how grizzly bears are responding. 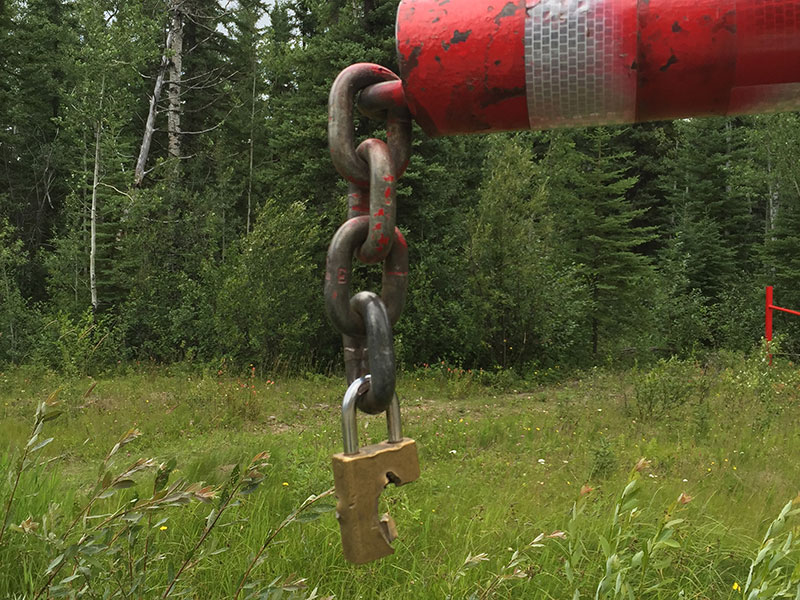 Determining How Bears Use Gated Roads 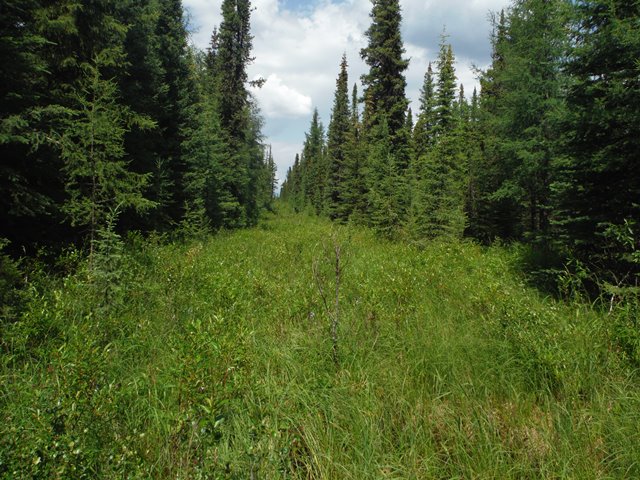 Starting in 2013, this project is looking at how caribou and wolf behaviour is related to cutlines. 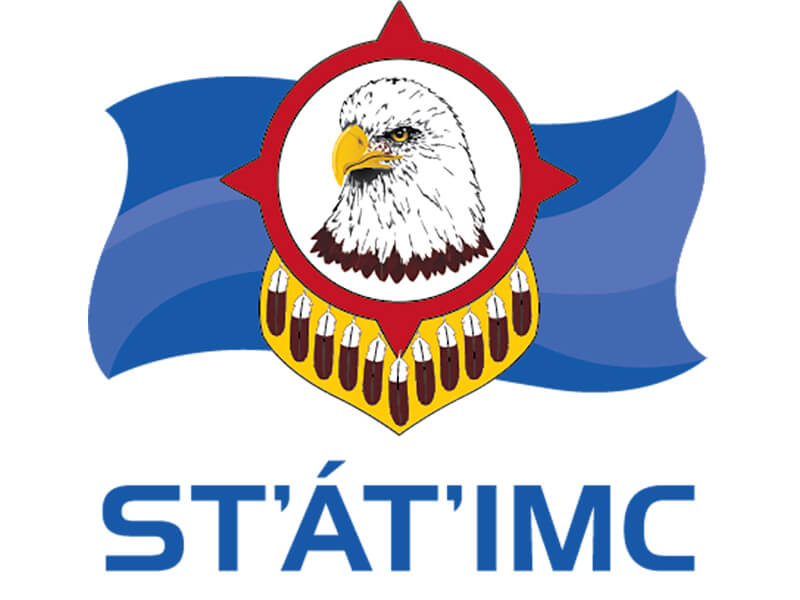 Grizzly Bear Handling Knowlege Transfer with the Statlim First Nation in Lillooet, BC

A collaboration with the Environment Program at St’át’imc Government Services (SGS) to improve management of grizzly bears.

Collecting the DNA from scat is a non-invasive method of tracking grizzly bear populations. 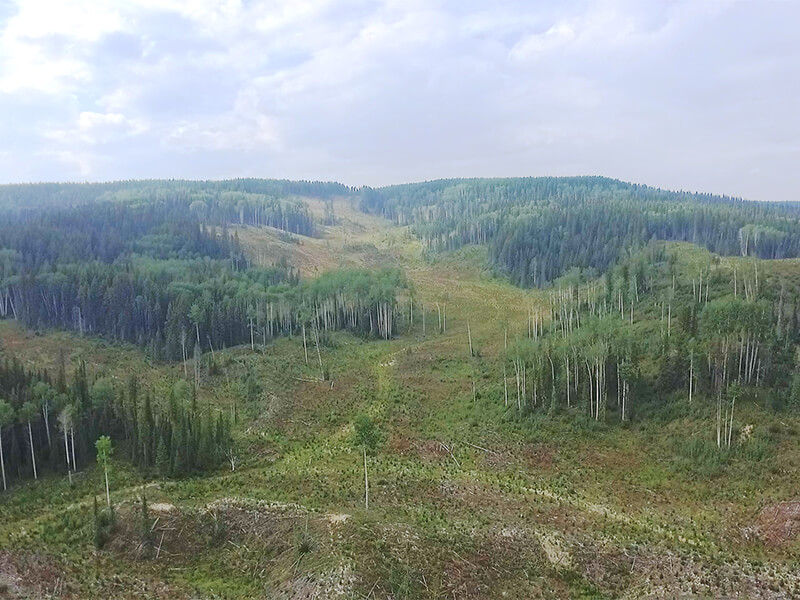 This project will investigate whether new approaches to forestry can minimize impacts on resident grizzly bears. 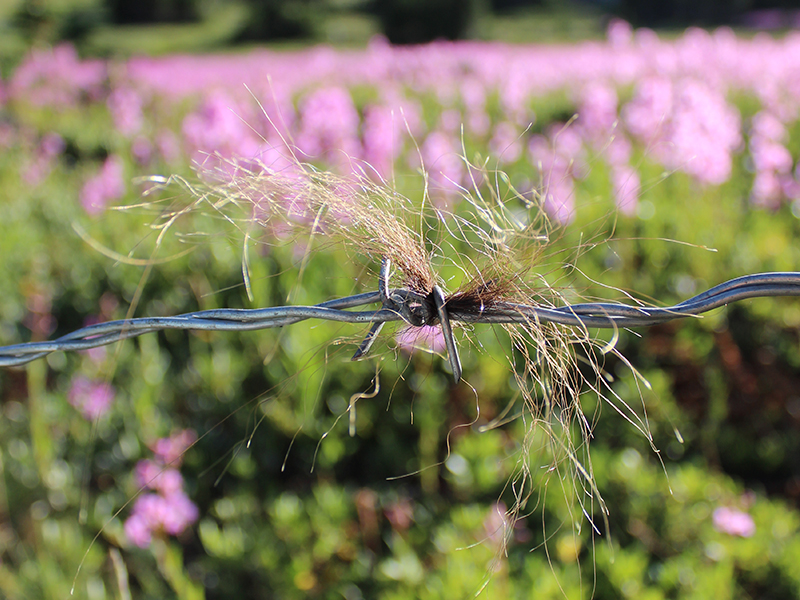 This project uses DNA from hair snags to create a population inventory of grizzly bears in BMA 3 and Jasper National Park. 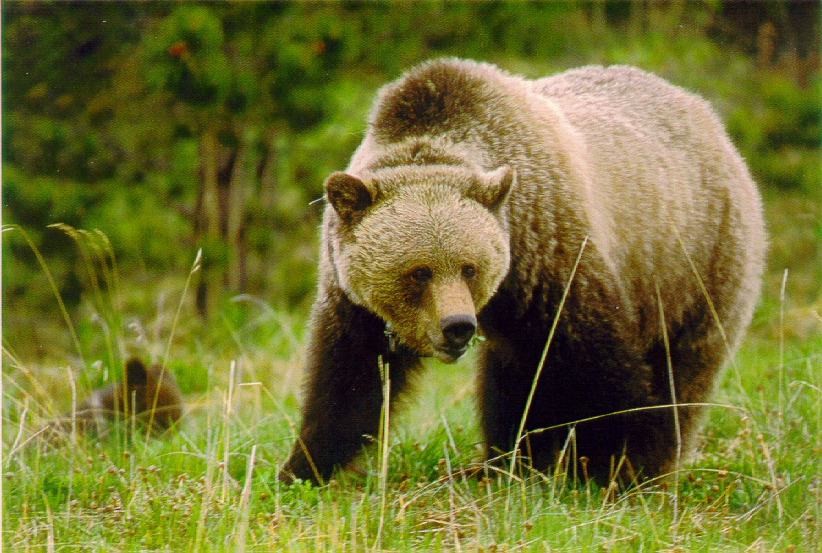 This project will assist the oil and gas industry and land managers to better understanding the response of grizzly bears to pipelines. 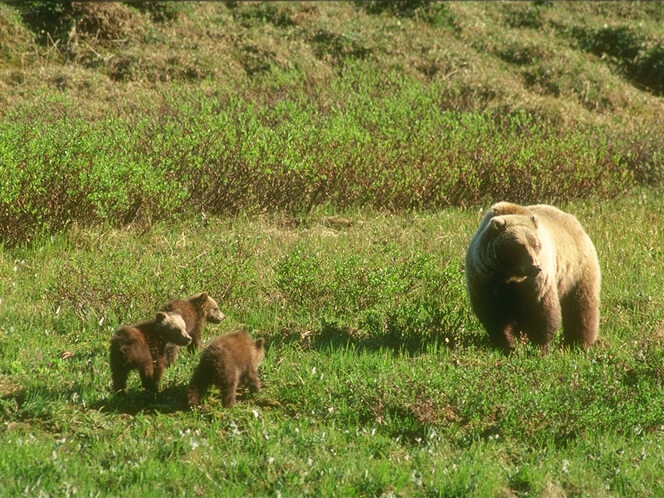 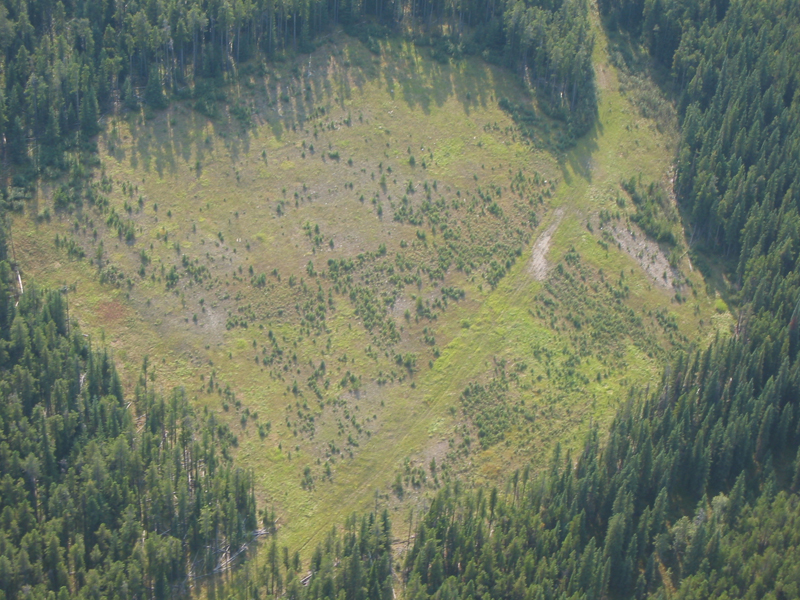 This project will use new and existing data sets to produce tools for use in forest management planning related to grizzly bear and caribou habitat use. 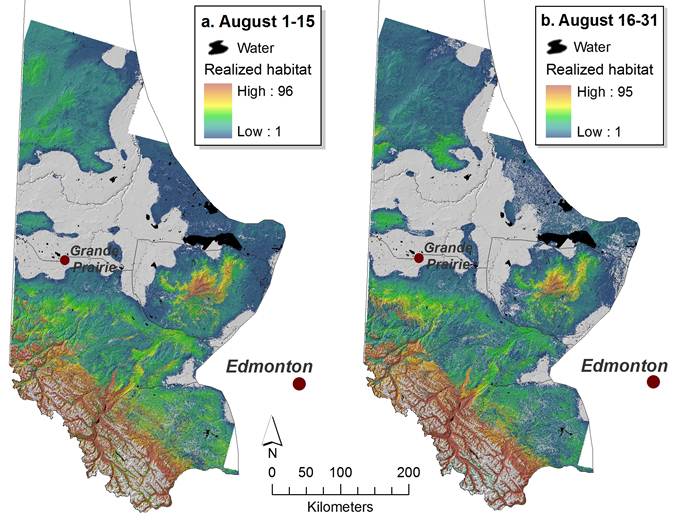 This is a GIS tool developed by the fRI Research Grizzly Bear Program that regenerates the spatial grizzly bear food models developed by Dr. Scott Nielsen.
View All 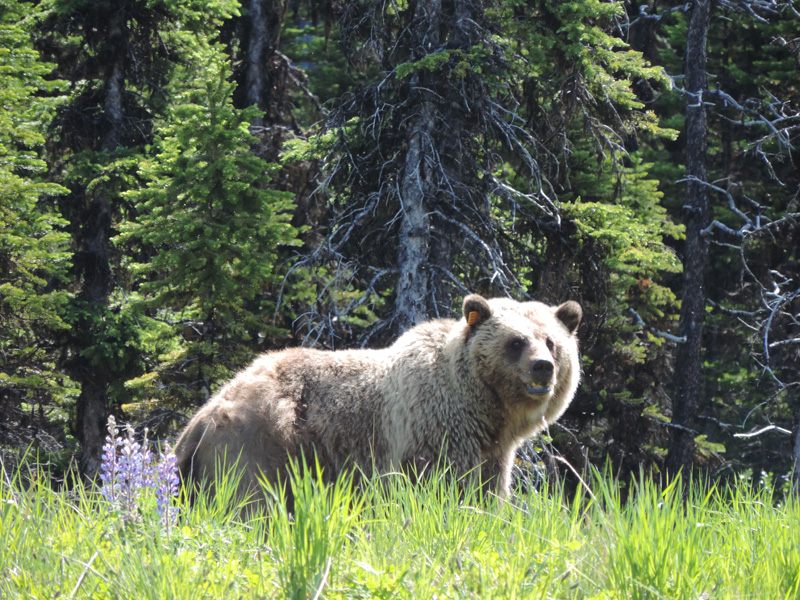 Over two decades of data, tools, and knowledge. 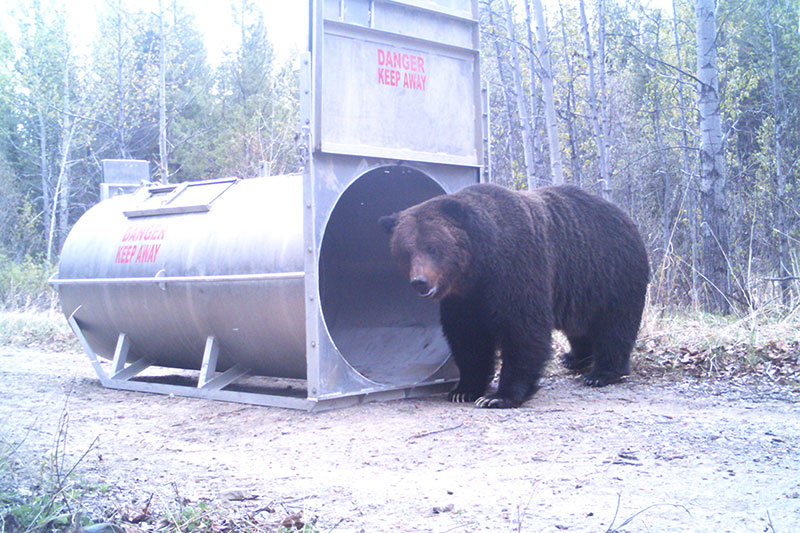 Grizzly bear response to translocation into a novel environment 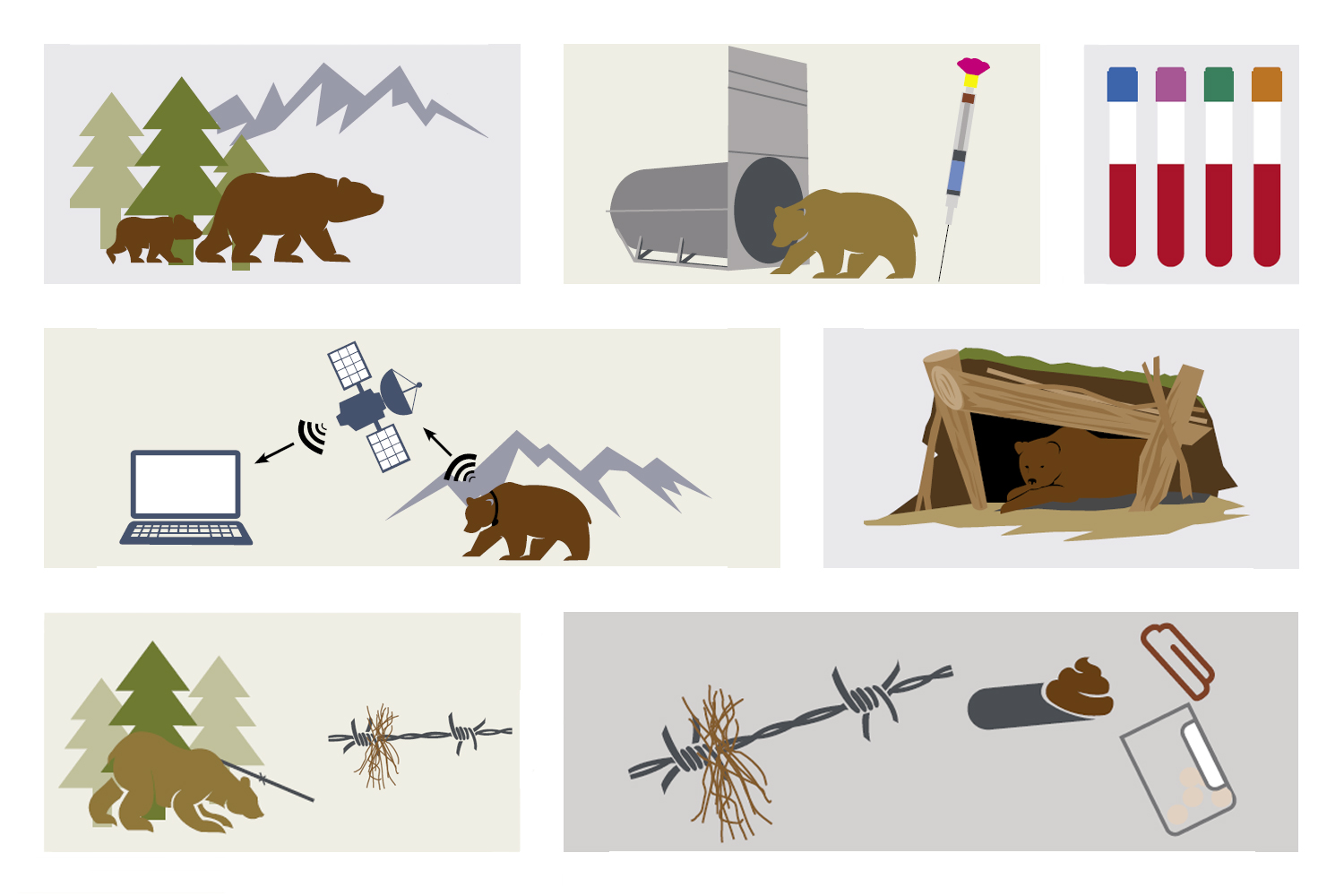 Advances of the Grizzly Bear Program

See how the Grizzly Bear Program pioneered and perfected techniques for studying grizzly bears in this series of six infographics. 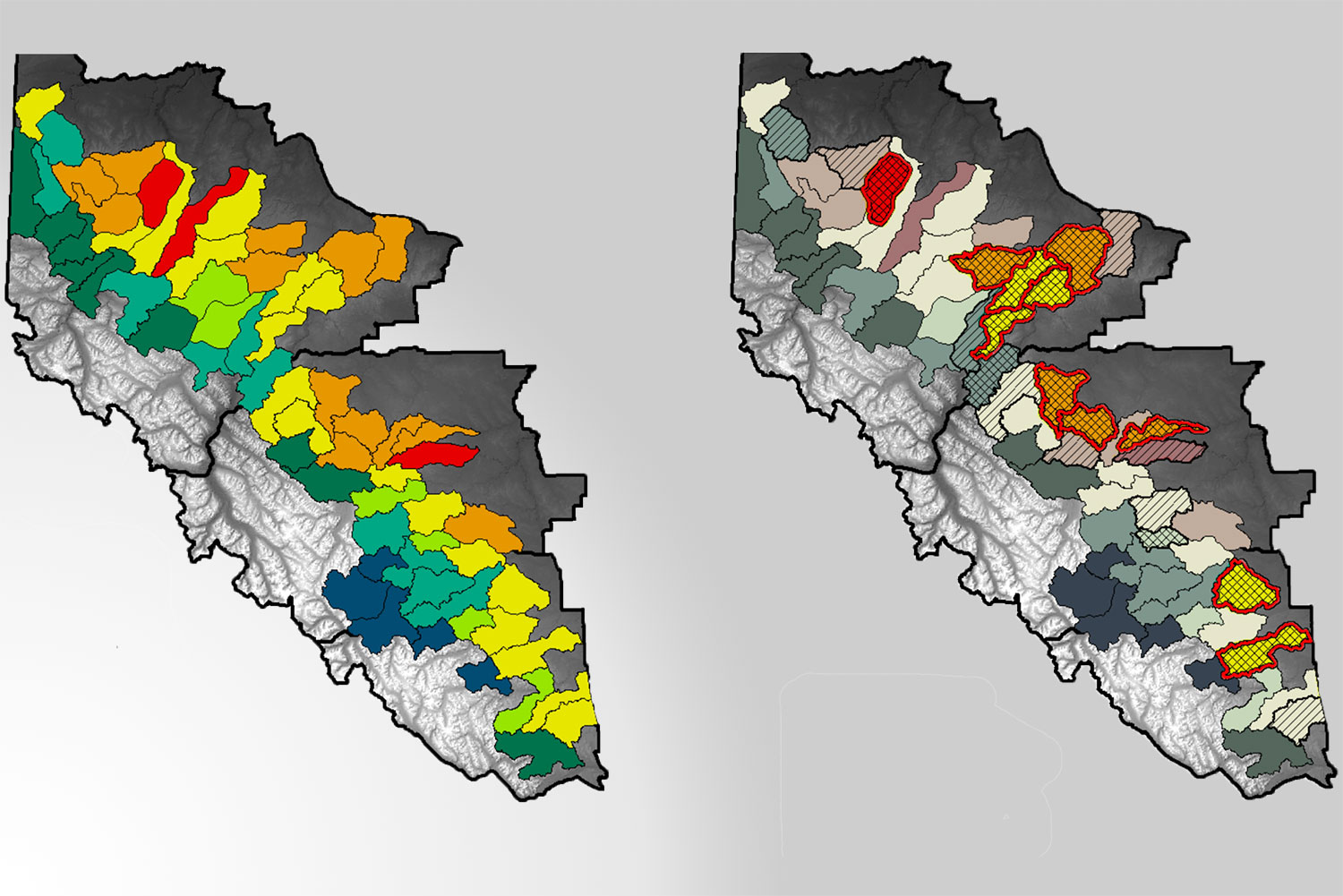 Where the Land Can Support More Grizzly Bears 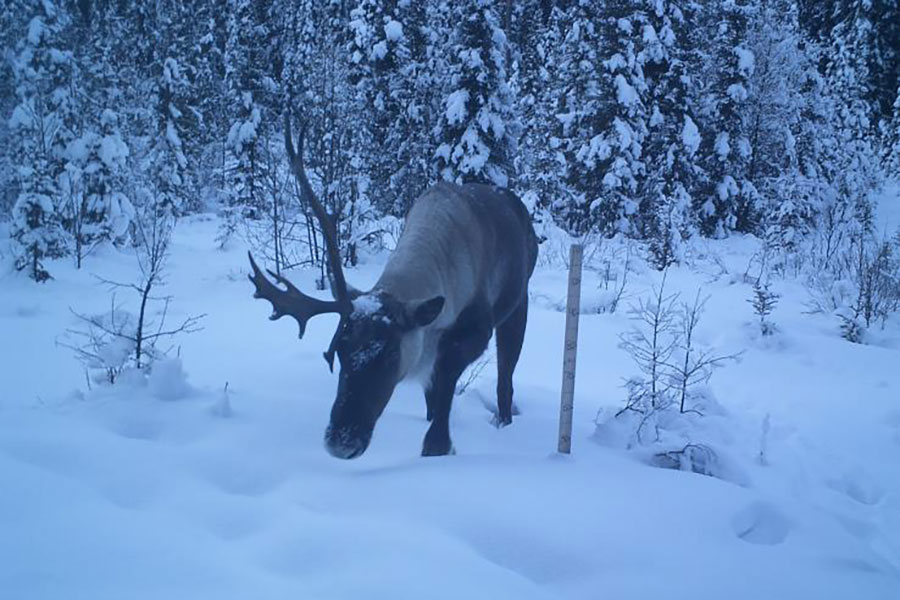 Paper from the Caribou and Grizzly Bear Programs 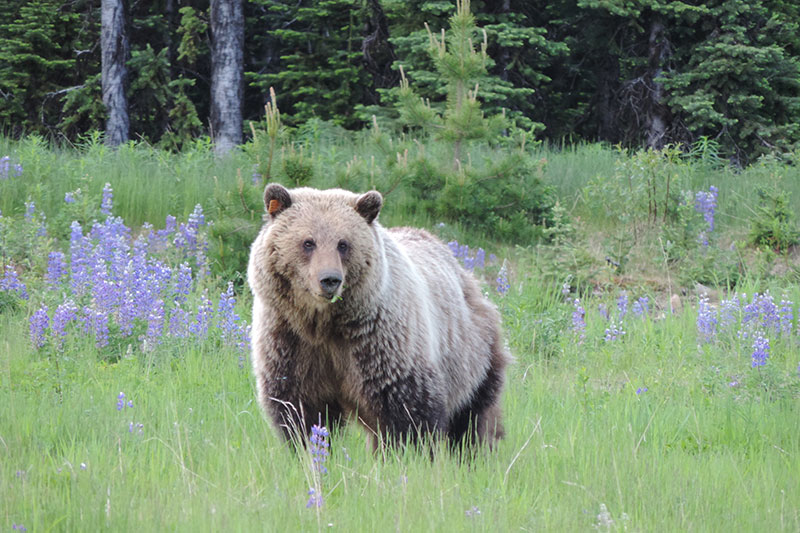 Paper from the Grizzly Bear Program 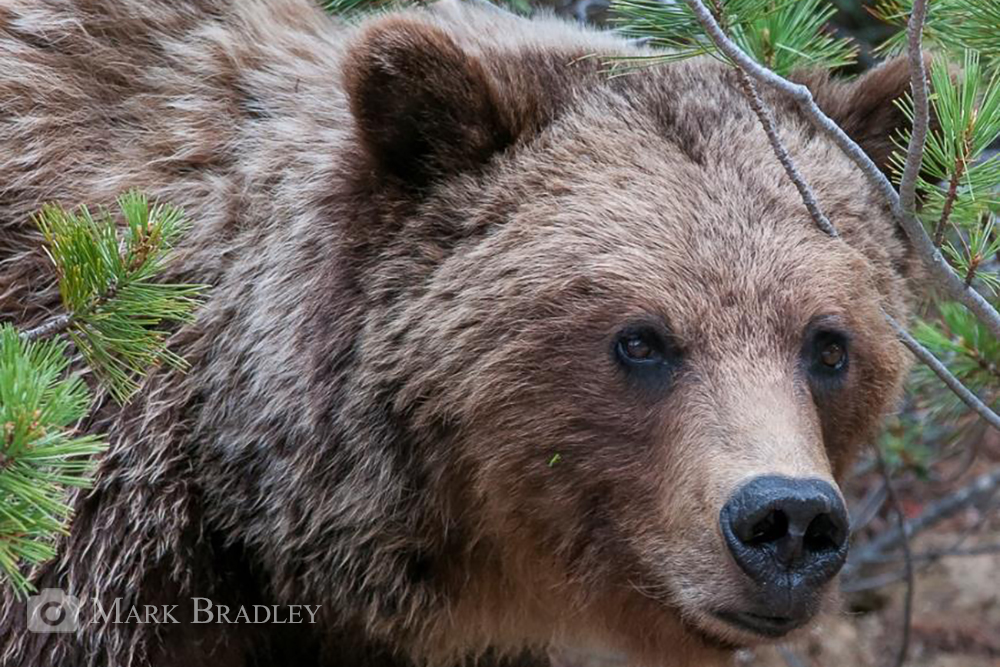 Compendium of research completed by the Grizzly Bear Program including 164 peer-reviewed papers and 30 selected reports. 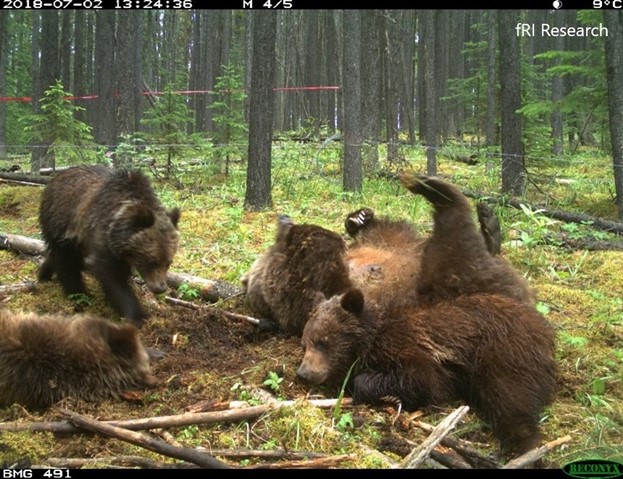 Final report for grizzly bear population size and density for the Alberta Clearwater Population Unit (BMA 4) in 2018 with comparisons to 2005 data. 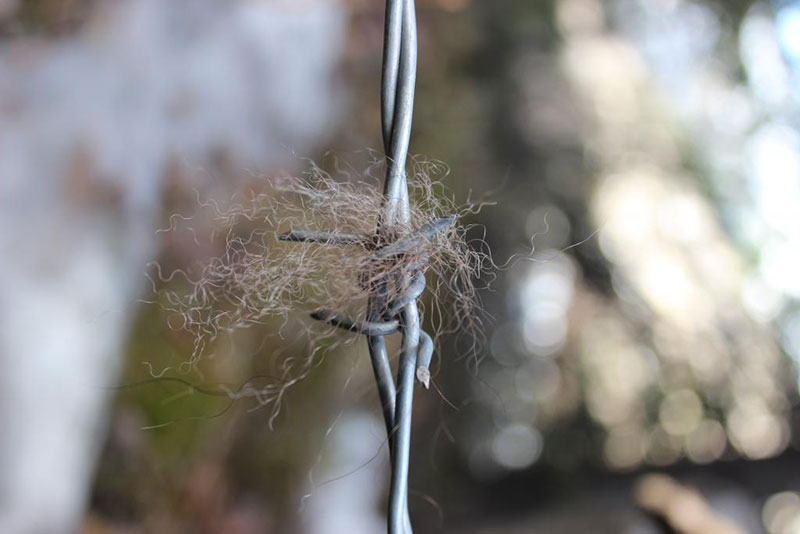 Final report for grizzly bear population size and density for the Alberta Swan Hills Population Unit (BMA 7) in 2018, the first ever estimate for this area.
View all

How the Hinton local became a field crew leader for the Caribou Program. 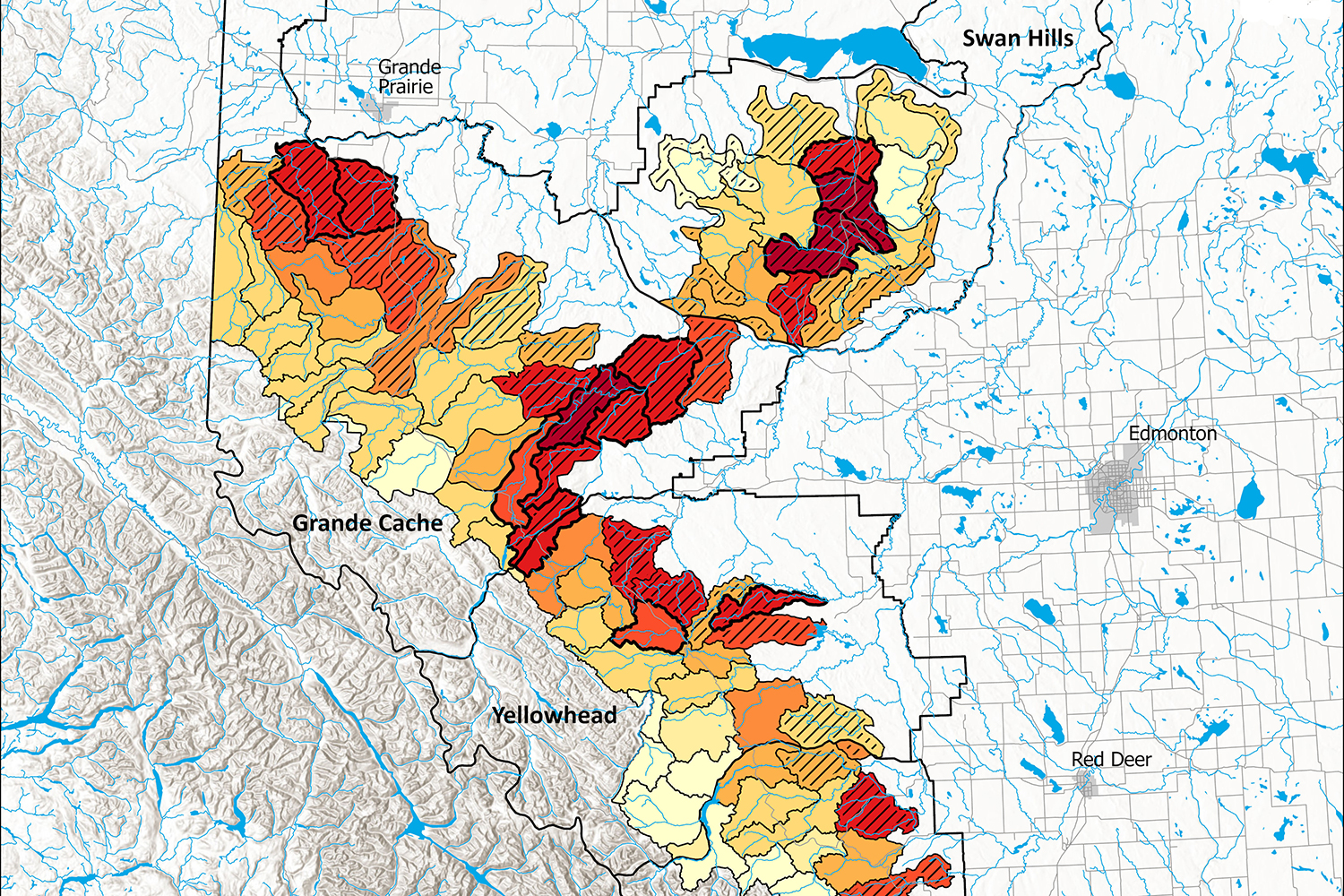 See How Road Densities Are Changing in Grizzly Bear Habitat

A feature of the GBTools GIS Product makes it easy to see which watersheds have high road densities, and how that has changed.

Picking Up What They Are Dropping Down: What We Can Learn from Grizzly Bear Scat 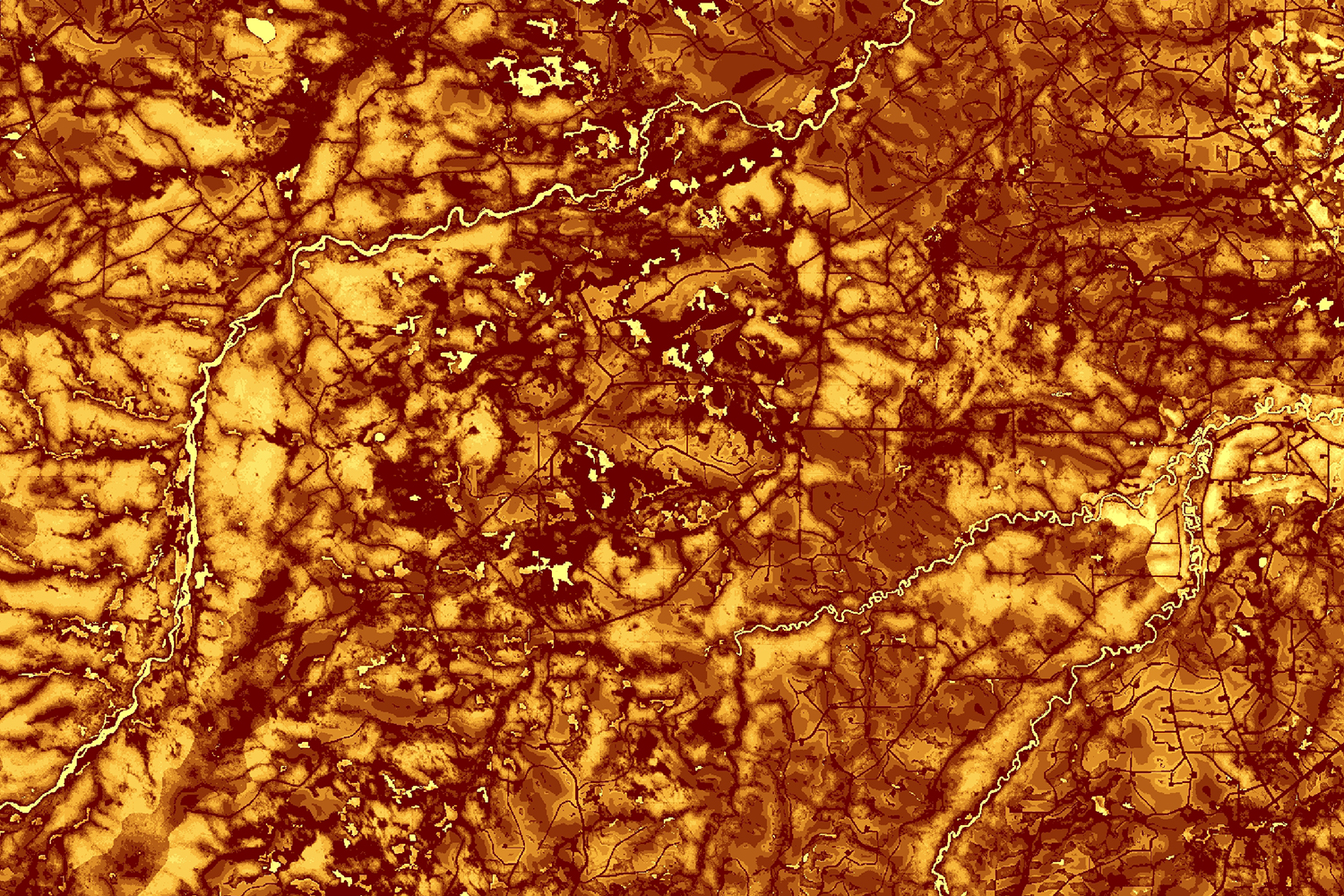 Dan Wismer describes an update to the Grizzly Bear Tools. 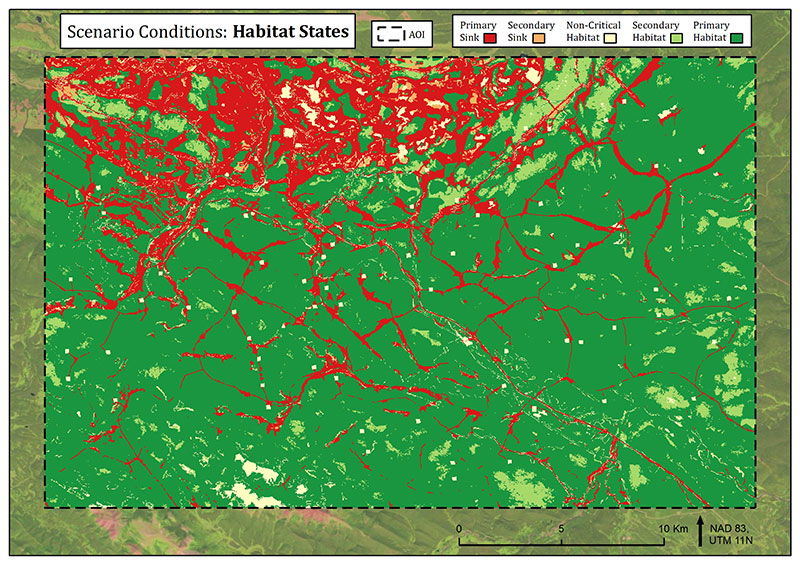 The tool for Habitat States, a metric that combines habitat quality and risk for grizzly bears, is getting an upgrade.

The Grizzly Bear Program investigated animal use of an area shared by a quarry mine near Cadomin. Here's an update on all that has been happening.
View all 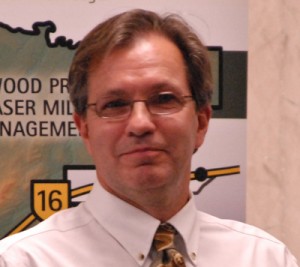 Since 1998, the program has added immensely to our understanding of grizzly bears, helped to train the next generation of wildlife biologists, and improved the methods that scientists use to study many species and ecosystems.

Advances of the Grizzly Bear Program 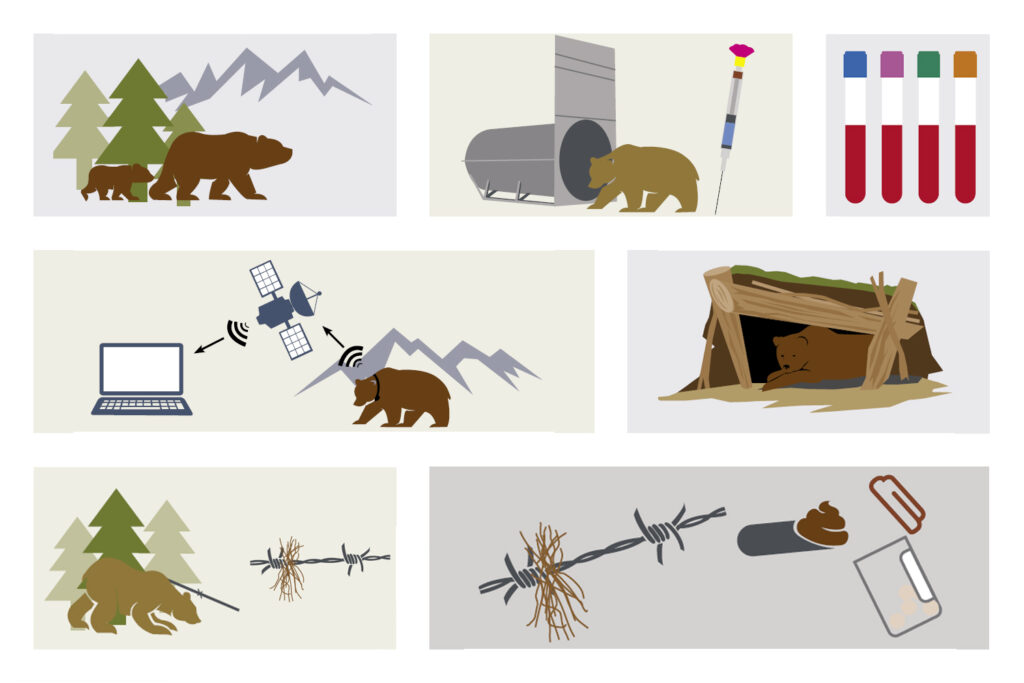 This collection of infographics shows off six ways the Grizzly Bear Program has transformed grizzly bear research and management in Alberta. 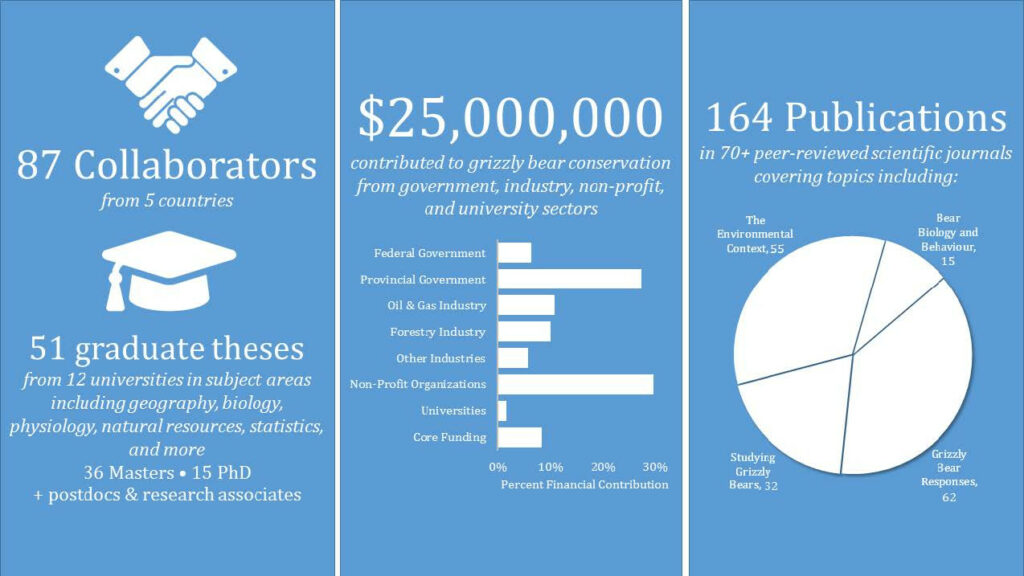 Over two decades of peer-reviewed papers, reports, and graduate theses for masters and PhD students have left a lasting and living scientific legacy.