Jack Glen Sr. (1891–1983) was a forest ranger from 1920 to 1945 in the foothills of the upper Athabasca. Produced by the fRI Research Forest History Program, the free ebook Mountain Trails tells of the adventures, colourful characters and challenges of bringing order and law to a previously untracked and mostly uninhabited wilderness. Below is an excerpt from Chapter One: First Days on the Trail.

“I was told to call a Mr. Badgley at the King Edward Hotel. Wondering who this might be, I called the number given and all doubt was removed when he answered, ‘Badgley from the Dominion Forest Service here. Are you the gentleman who applied for that civil service position in the Athabasca Forest Reserve quite some time ago, and if so, are you still available?’ I answered yes to both questions, and we agreed to meet the next morning. Wild horses could not have kept me away.

“Next day, we shook hands and he sized me up for a few seconds before getting down to business.

“‘It’s a dangerous job,’ he said, ‘and you’ll have to be alert at all times. It’s one of the best big game countries in the North American continent. Especially now, after the war, due to lack of ammunition the game animals have been left unmolested.’ He continued with a twinkle in his eye, ‘But that doesn’t make the grizzly bear any more kindly disposed towards the human race. There’ll be swollen rivers to cross, snow slides in the mountains, dangerous ice, venemous insects and forest fires. On the credit side of the ledger, our Forest Reserve has everything that a young red-blooded man could wish for. The fishing is wonderful and the big game is plentiful. Tourists from every part of the world are spending thousands of dollars to see what you will be seeing free. You may run into a few lawless characters, but with your Mounted Police training you would no doubt know how to handle them.’

“Needless to say, my answer was yes.” 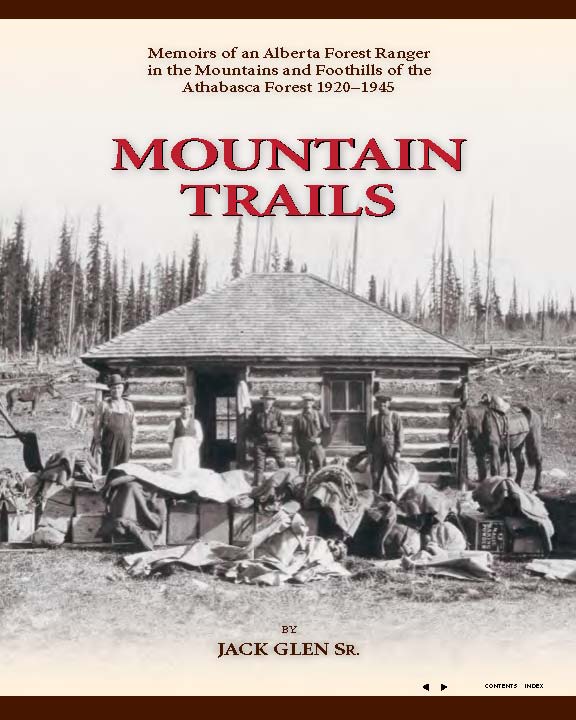 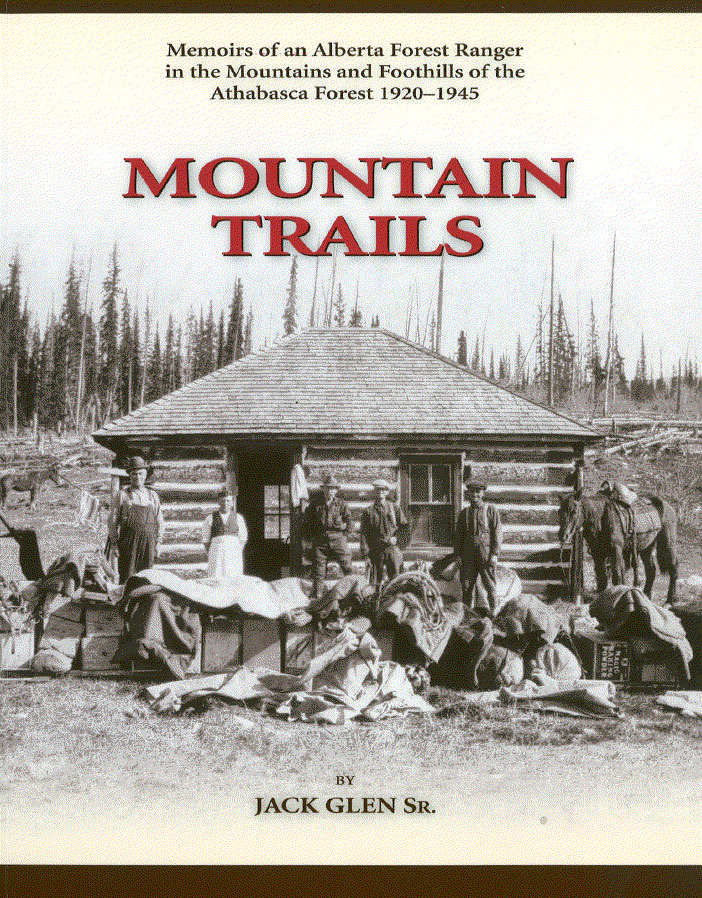 Mountain Trails: Memoirs of an Alberta Forest Ranger in the mountains and foothills of the Athabasca forest 1920-1945 | Book jacket

Cover and brief description of the book Mountain Trails, which tells the story of a 25 year chapter in the career of Jack Glen Sr.